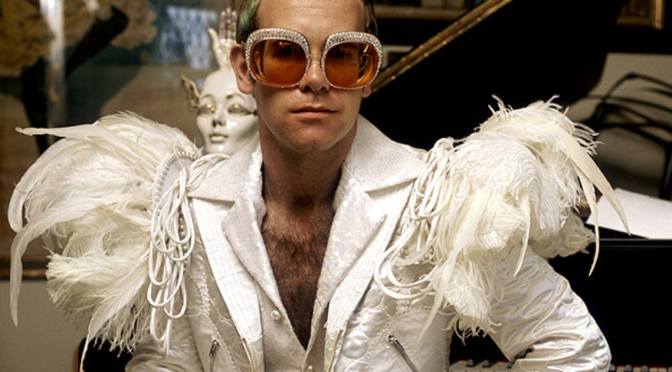 Actor Taron Egerton is rumored to be in talks to star as none other than Sir Elton John in the biopic Rocketman. The Daily Mail broke the story, stating that Egerton has been in talks with the film’s director Dexter Flecher who helmed the Egerton led flick Eddie the Eagle, and producer Matthew Vaughn who produced Eddie the Eagle and directed Egerton in Kinsman and its upcoming sequel.

to his lack of singing abilities. Egerton on the other hand has shown that he has a singing chops in the recent animated feature Sing. The film is said to follow John’s rise to fame in the 70s and both his public and personal life during that time. While the casting news has not yet been confirmed it’s safe to assume that this will most likely all come to pass. Elton John’s production company Rocket Pictures is also producing the film. John himself is featured in the upcoming Kingsman sequel, The Golden Circle, which leads one to believe that John’s interactions with Egerton and Vaughn throughout the production probably helped lead them to Egerton’s casting.

You can catch Egerton and Elton John himself in Kingsman The Golden Circle when it hits theatres on September 22nd. We’ll keep you posted on any further updates on Rocketman as they come out. And if you’re needing an Elton John fix here’s the music videos for his songs “I Want Love” (Featuring Robert Downey Jr. and shot in one take) and “This Train Don’t Stop There Anymore” (Featuring Justin Timberlake as a young Elton).