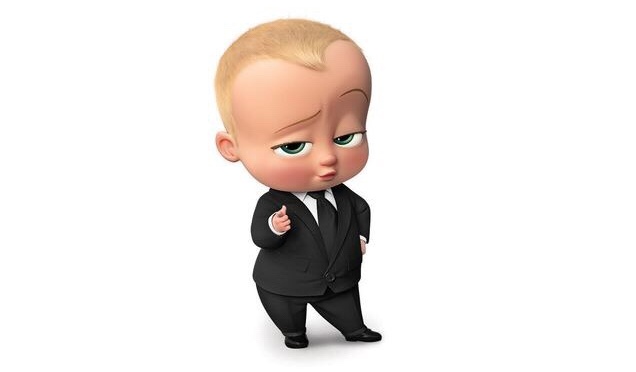 Leading up to the 90th Academy Awards on March 4th, we’re going to be diving into as many of the nominated films as possible to look at what their chances are for taking home the Oscar. Today we’re looking at The Boss Baby, which is nominated for Best Animated Feature.

The Boss Baby is the slightly better than average Dreamworks animated film. With most of its films being in direct competition with Disney and Pixar, Dreamworks has a reputation of being the edgier animated film studio. Several of its movies feature jokes that rip on Disney’s classic fairy tale films. And in recent years they’ve worked to create more unique films. The Boss Baby is a testament to that. The film follows a baby (Alec Baldwin) who is an agent in the battle for families’ love between babies and puppies. It’s a fun, comedic, and heartfelt film that at its core is about family and imagination.

The BestAnimated Feature group is a hard one to crack. Each year it tends to feature a Disney or Pixar film, a Dreamworks film, and usually something independent. And much of the time Disney and Pixar tends to take home the award. This year is an interesting turn for the category as it sees one Pixar film (Coco), a Dreamworks film (Boss Baby), a Blue Sky film (Ferdinand), and two independent films (Breadwinner and Loving Vincent).

Loving Vincent may be the most deserving of the award this year as its done something never seen before. It’s a full-length feature film made entirely of oil paintings. That kind of advancement in the animation industry should be awarded. Unfortunately, if academy members don’t know what the film is, they may just pick the film they took their kids to see. Which is probably Coco or The Boss Baby.

This is one of those categories where the Academy doesn’t always pay attention to the details and will sometimes just vote for what they know. If that’s the case, then The Boss Baby may stand a chance. Although even then it’s hard to imagine it wins over Coco, thanks to that film’s focus on Mexican culture, which is something the Academy might be willing to celebrate as most animated features by big studios tend to focus on white leads.

The Boss Baby is currently streaming on Netflix and is available on DVD, Blu-Ray, and Digital. Be sure to keep following Poor Man’s Spoiler for all of our Oscar coverage. The Oscars air on ABC on March 4th at 8pm ET.