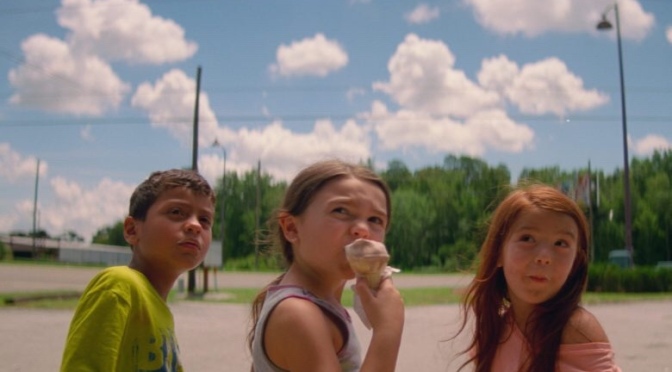 Leading up to the 90th Academy Awards on March 4th, we’re diving into as many of the nominated films as possible to look their chances for taking home the Oscar. Today we’re looking at The Florida Project, which is nominated for Best Performance By A Supporting Actor (Willem Dafoe).

The Florida Project follows Moonee (Brooklyn Prince), a six year old who lives in a motel just off Disney property with her single mother Halley (Bria Vinaite). Willem Dafoe plays Bobby, the caring hotel manager who brings some stability to the world in which Moonee and Halley live.

It’s hard to put into words how best to describe this film. This is a remarkable film on so many levels. The performances are all perfect. The cinematography is beautiful.

Director, Sean Baker perfectly captures the feeling and essence of central Florida and life in the backyard of Disney World. This entire story is fictional. But there isn’t an element of this film that isn’t real. On top of that, there’s a window into the innocence of childhood. The imagination of a kid growing up right outside the “happiest place on Earth” is captured perfectly.

Even so, the world presented in this film isn’t bright and cheery and perfect. Those rough moments will make the viewer question how they feel about the characters. It reveals to the viewer that the world doesn’t stop spinning just because one has a rough time.

The one factor that may help Dafoe is that this is Rockwell’s first nomination, and sometimes the Academy will give the award to an actor who has been nominated multiple times before they give it to a first-time nominee. But there have also been plenty of times they gave the award to first time nominees. For now it’s close. And Rockwell has the lead.

The Florida Project is currently available on DVD, Digital and Blu-Ray. See it as soon as you can. Be sure to keep following Poor Man’s Spoiler for all of our Oscar coverage. The Oscars air on ABC on March 4th at 8pm ET.