Leading up to the release of Marvel’s Avengers: Infinity War, we’re taking a look back at every element of the MCU thus far. This film is the culmination of everything that began with the first Iron Man film in 2008, and so we want to prepare you for what may be the biggest film of all time. We’ll dive into all 18 films released thus far, each of the TV series that are considered part of the MCU, and a selection of other shorts and comics considered canon within the MCU. Today we continue with our Countdown with the first film featuring the God of Thunder, Thor.

In some ways, Thor was a slight gamble, and overall, it didn’t help much in Marvel’s favor before the Avengers film came out. Thorwas possibly the least-known Marvel hero of the four that received solo features before The Avengers. It was a film that featured a lot of complicated mythology, and its leads, Thor and Loki, were played by (relatively) newcomers, Chris Hemsworth and Tom Hiddleston, respectively. But it ended up being a moderate success comparatively, taking in $181 million domestically ($50 mil. more than Incredible Hulk) and a total of $449 million worldwide ($186 more than Hulk). It helped show that Marvel had started something good here, and it helped expand the MCU in a lot of ways.

The film not only took audiences off Earth, it also included a good amount of Easter Eggs that showed that Marvel was willing to play into fanboys hands. Odin’s vault alone would contain a handful of Easter Eggs that are still playing out in the current films – quite significantly in some ways. It helped build up the character of Agent Coulson, who appeared in the first two Iron Man films, who would go on to be a significant part of The Avengers, and who would get his own TV show. But most importantly, it introduced the villain Loki, who would become just as significant of a figure in the MCU as most of the Avengers. So let’s dive in. 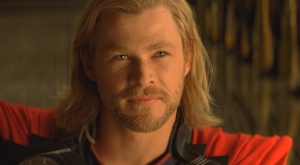 Thor (Chris Hemsworth)
We are introduced to Thor, son of Odin, king of the Norse gods. He is the God of Thunder; a brutal, brash, and hardheaded heir to the throne of Asgard. After disobeying his father, Odin, and attacking the Frost Giants on their home planet of Jotunheim, Odin casts him to Earth. There he meets Jane Foster and her team, and learns to be a humble and worthy leader. 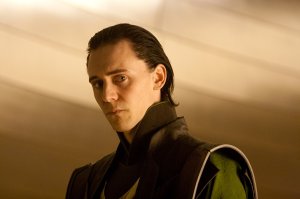 Loki (Tom Hiddleston)
The biological son of the Frost Giant King Laufey, Loki was found by Odin during the Battle of Jotunheim. Odin and his wife Frigga, raised Loki as their own son. Loki learns of his true parentage and is set on a course to claim the throne of Asgard. Using his powers as the God of Mischief, Loki works to manipulate everyone around him so that he may become the King his father raised him to be. While most of Loki’s actions seem to be out of anger, at his core, Loki is just a lost child, yearning to make his father proud.

Doctor Jane Foster (Natalie Portman)
Jane is one of the world’s leading astrophysicists and astronomers. She graduated from Culver University, the same place where Betty Ross works as a professor. Her father taught there with Doctor Erik Selvig. While researching an Einstein-Rosen Bridge (wormhole) in New Mexico, with Selvig and her Intern Darcy, she meets Thor. They fall for one another and Jane helps Thor learn what it means to be worthy.

Odin (Anthony Hopkins)
The King of the Gods, ruler of Asgard, Protector of the Nine Realms, and father to Thor and Loki. After the death of his father Bor, Odin took the throne and worked to bring peace to the Nine Realms. This conquest for peace ended with the fight against the Frost Giants, during the Battle of Jotunheim. During that battle, Odin would lose his right eye, but gain a son in Loki. The peace treaty he secured with King Laufey of the Frost Giants, partly due to the adoption of Loki, helped maintain peace throughout the Nine Realms for years. After Thor disobeys Odin, he banishes him to Earth in the hopes he will learn to be worthy of the throne. During that time he tells Loki the truth of his parentage and falls in Odinsleep, a deep sleep where he is able to recharge his power. During his Odinsleep, Loki is left as acting King of Asgard.

Frigga (Rene Russo)
The Queen of Asgard, wife of Odin and mother of Thor and Loki. Frigga taught Loki how to use magic in order to give Loki a better chance at glory and the throne. While Odin may have raised his boys to be Kings, Frigga nurtured them and shared compassion with both of her sons equally.

Erik Selvig (Stellan Skarsgård)
An astrophysicist and Professor of Theoretical Astrophysics at Culver University. Selvig is a teacher, mentor, peer, and friend to Jane Foster. He joins her in her research in New Mexico, and though skeptical at first of his true identity, becomes friends with Thor during their time together.

Darcy Lewis (Kat Dennings)
Friend and intern to Jane Foster. Darcy is primarily used as a comic relief through most of the film. A sort of Happy Hogan to Jane’s Tony Stark.

Agent Phil Coulson (Clark Gregg)
The well loved SHIELD agent is first tasked with securing Mojlnir, which is sent to Earth after Odin banishes Thor to Earth. During his time in New Mexico, Coulson takes all of Jane’s research, but ends up working with Jane and Thor to protect the town of Puente Antiguo, when Loki sends the Destroyer to kill Thor at the end of the film.

King Laufey (Colm Feore)
The King of Jotunheim, home of the Frost Giants, and biological father of Loki. Laufey invaded a Viking village on Earth, using the Casket of Ancient Winters to slaughter innocent people. This attack led to a war with the Asgardian people, and the final Battle of Jotunheim. Laufey and Odin fought one on one, and when Odin was victorious he took the Casket from Jotunheim and left Laufey and the Frost Giants to live peacefully on Jotunheim. When Thor is set to be crowned King, Loki works with Laufey and helps a few Frost Giants sneak into Odin’s Vault to steal the Casket. This sets of a chain of events that includes Thor attempting to battle Laufey, and then being banished to Earth. With Thor gone, Loki brings Laufey to Asgard to kill Odin. However, it’s merely a ploy by Loki, as he kills his biological father in an attempt to prove he’s worthy of the Throne of Asgard.

Heimdall (Idris Elba)
The Asgardian guide of the Bifrost Bridge which connects Asgard to the other Nine Realms. Heimdall can see and hear all in the Nine Realms, and while bound by his loyalty to the throne, he is willing to take liberties to help protect Asgard and the Nine Realms against great threats.

Hogun (Tabanobu Asano)
One of the Warriors Three. Hogun is an Asgardian warrior, and one of Thor’s closest friends. Thor will usually bring the Warriors Three and Lady Sif on all of his battles, and views them as the best soldiers in Asgard. Hogun is originally from the world of Vanaheim, though spends most of his days with the Warriors Three on Asgard or in battle on other worlds. 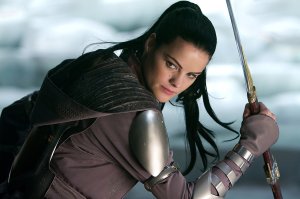 Lady Sif (Jaimie Alexander)
The greatest female soldier and warrior of Asgard. Lady Sif usually battles alongside the Warriors Three and Thor, and is considered just as good as any one of them. While there is some flirtation between her and Thor, he only views her as a friend. Lady Sif heads to Earth at the end of the film to help bring Thor back to Asgard alongside the Warriors Three.

Hawkeye/Clint Barton (Jeremy Renner)
While only featured in a quick cameo during the film, this is our first introduction to another Avenger, Hawkeye. When Thor enters the SHIELD facility surrounding Mjolnir, Hawkeye is tasked with watching Thor from above. While he is never given an order by Coulson to shoot, he does watch Thor closely and quips that he’s “starting to root for this guy.”

The Destroyer
Created from the walls of Odin’s Vault, the Destroyer is essentially a nearly indestructible suit of metal that will do whatever the King desires. At the beginning of the film we see the Destroyer emerge from the walls of Odin’s vault to destroy the Frost Giants attempting to steal the Casket of Ancient Winters. He is used by Loki at the end of the film, to attempt to kill Thor in Puente Antiguo. During the battle, Thor essentially sacrifices himself and in doing so becomes worthy to wield the power Odin stripped from him upon banishing him to Earth. 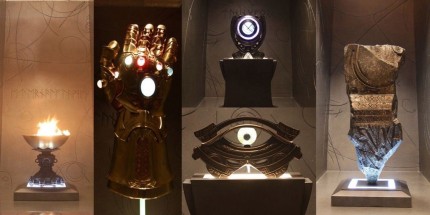 Odin’s Vault
The Vault contains treasures obtained by Odin during victories in battle over the course of his lifetime. Within the Vault lies six significant items. The Casket of Ancient Winters, which can project an infinite icy wind that can result in an ice age. The Tablet of Life and Time, which includes a formula that can turn any being into an omnipotent immortal of their species. The Tuning Fork, which can be used to summon a beast known as the Lurking Unknown which feeds off others fears. The Warlock’s Eye, which contains a mind controlling enchantment. The Eternal Flame, which contains the power of the Fire Giant Surtar, and could bring about Ragnarok, the destruction of Asgard. A replica of the Infinity Gauntlet, a glove that when worn can harness the power of all of the Infinity Stones.

Yggdrasil
The figurative World Tree, which connects the nine realms of the universe. Each “branch” connecting one realm to another.

Tesseract
In the after credits scene we see that while it is presumed that Loki had fallen into the abyss of space, forever lost. He has somehow survived and has taken over the mind of Erik Selvig. Selvig has been invited by SHIELD and Nick Fury to work on Project PEGASUS, the secret work being done to understand and harness the power of the Tesseract.

Thor is full of a lot of elements that will grow within the MCU. From Characters like Thor and Loki to elements such as the Infinity Gauntlet and the Eternal Flame. There are tons of things within the film that truly expand every element of the MCU. Some of which may expand further as time goes on.

Next up we’ll take a look at the final solo film in Phase One, Captain America: The First Avenger! Be sure to check back in for that as well as all of our Marvel coverage in out Countdown to Infinity, all leading to the release of Avengers: Infinity War on April 27th!

13 thoughts on “Countdown to Infinity: A Quick Look at Thor”