No matter what happens in Avengers 4, and no matter who the living Avengers bring back, there’s a good chance that some of the deaths in Infinity War aren’t undone. Loki and Heimdall are almost certainly gone for good. It’s hard to believe that Marvel would give them such serious and impactful deaths, only for it to be undone in the next film. That’s not to say that the other deaths don’t leave an impact (re: Spider-Man) but still. These characters (and the actors) have played their part in the MCU and went out valiantly. It would be a disservice to bring them back only to lead them to some lesser end than what we got here. 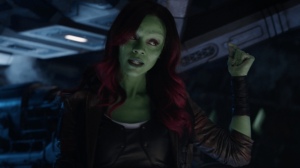 While there’s a chance that Gamora could be alive in the potential Soulworld within the Soul Stone, and maybe brought back out, I’m willing to bet she’s gone for good. Her death made a very big impact on the events of Infinity War, and could have a serious lasting impact on the Guardians of the Galaxy, which could be a good thing. Taking out a member of that team, who was incredibly influential, would definitely lead to an interesting dynamic moving forward. It would also give us a good story for Guardians of the Galaxy Vol. 3, where we see how this dysfunctional family moves forward after losing a member of the family.

James Gunn has said that Vol. 3 would help introduce a new version of the team, and would help open up the cosmic side of the MCU even further. Losing Gamora, and potentially seeing other members of the team move on or new members come in, has tons of potential. The only downside is that we may not get to see how Gamora and Peter Quill truly fell in love, which is a shame. Unless Gunn decides to use some flashbacks, which wouldn’t be surprising given flashbacks and similar things have been used before in the Guardians films.

Vision is another character that may be gone for good. There’s a chance we may see him return in some sort of capacity, if Shuri can rebuild him. But even then, he may be something slightly different. Much like the Groot we see in Guardians Vol. 2 and Infinity War is not the same Groot we saw in Guardians Vol. 1. There’s also a chance that instead of Vision returning, we could just see Jarvis return to the MCU in some capacity. No matter what it would probably be easy for Marvel to bring Paul Bettany back in some way, as long as his contract continues. It’s just a question of how, and if it fits the story. 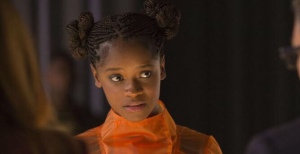 Before we get to Avengers 4 we still have Ant-Man and the Wasp, and Captain Marvel. The Post-Credits Scene for Infinity War, pretty much confirmed that Captain Marvel will play into Avengers 4. And we can almost guarantee that Ant-Man will join the remaining Avengers in the Untitled sequel. It’s not confirmed yet if Hawkeye survived the “Thanos Snap,” but given that Marvel seems to be setting this up as the original Avengers chance to have one final battle, I’m betting he’s okay.

It’s also unclear if the Collector, or Korg and Valkyrie from Thor: Ragnarok, are alive. None of them were seen in person, and they were all in locations which were destroyed by Thanos. I’d almost be willing to bet the Collector is gone for now. But Korg and Valkyrie will probably return, and maybe even have a role to play in Avengers 4. It’s also unclear of Shuri is alive, but I’d be willing to bet she survived and shows up in Avengers 4 as well. If she doesn’t then there’s a good chance Vision may truly be gone for good.

Doctor Strange, T’Challa aka Black Panther, Scarlet Witch, Bucky, Falcon, Drax, Mantis, Peter Quill, Groot, Maria Hill, Nick Fury, and Spider-Man are all dead. But I would almost guarantee that they all return by the end of Avengers 4. For one, we know a Black Panther sequel, a Spider-Man Homecoming Sequel and Guardians of the Galaxy Vol. 3 are all going to hit theaters in the coming years. On top of that, the contracts for the characters/actors that survived (Stark, Cap, Thor, Hulk, Rhodey, Black Widow) are all finished after Avengers 4. Which means those characters will probably die in some way after the forthcoming sequel. So either Marvel is planning on killing everyone in the entire MCU or, everyone that’s “dead” thanks to Thanos snapping his fingers and wiping out half the Universe, will come back, and everyone else may sacrifice themselves to make it happen.

It’s a little frustrating to see this play out the way it did. Because we know these characters can’t be dead for long. If the tables were turned and Cap, Tony, Natasha, Banner, etc., were all killed, then we would have to really wonder how the MCU moves forward. There is a serious question of how things move forward now. How the heroes we know have to return, do in fact return. But knowing they have to come back, makes the deaths not mean as much. It is hard to watch it all happen. To see Steve Rogers lose Bucky again. To watch Drax call out to Peter Quill. Seeing Okoye’s face when her King and best friend turns to dust in front of her. To see Peter Parker die in Tony’s arms, begging not to die. But two seconds later we remember a Spider-Man film is coming out in two years and it doesn’t matter.

That’s the one flaw with the MCU. Nothing has lasting impact as long as we know it’s all going to keep going. Not that it needs to stop. But Marvel needs to stop revealing so much. They need to make us care more when things like this happen. Because if you’re going to do something this big, wipe out half the universe, it should mean something. But for now it doesn’t. And if it doesn’t now, after ten years and 19 films of building up to it, when and how will it?

One thought on “Infinity War: The Fate of the MCU Heroes”