Avengers: Infinity War is officially in theaters and has changed the landscape of the MCU in a big way. The film, slightly surprisingly, only features one Post-Credits Scene. While the scene features some familiar characters, it also ties into a character you may not be familiar with. We’re going to explain exactly what it means and how it applies to Avengers 4! Be warned there are some major Infinity War SPOILERS moving forward!

Once the credits have finished rolling on Avengers: Infinity War we see that Nick Fury (Samuel L. Jackson) and Maria Hill (Cobie Smulders) are trying to find Tony Stark. As they driver cars begin crashing into each other and a helicopter crashes into the side of a building. All because Thanos snapped his fingers and wiped out half the Universe. As people begin disappearing into dust, Fury and Hill get out of the car and Fury grabs something from the back of his car. Hill begins turning to dust and Fury presses some buttons on a device. He too begins turning to dust, and gets out a “mother fu-“ before he disappears and the device falls to the ground. The device is revealed as a sort of advanced pager, that is sending out a message. It continues to blink saying it’s sending until a star like logo and blue and a stripe of blue and red appear on the screen of the pager. It blinks for a moment and the screen cuts to black. 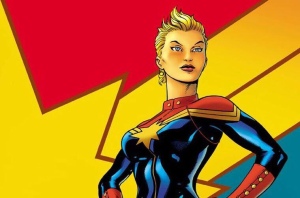 For one, it’s awesome to see Fury and Hill are still in play here. Two, it was also fantastic to see Fury’s last line as quite possibly the most well known phrase associated with Samuel L. Jackson. As for the image on the pager, it’s the logo for a Marvel hero known as Captain Marvel aka Carol Danvers. Fury was presumably sending out a distress call to Captain Marvel out in space, hoping she would come and help save the world.

So who exactly is Captain Marvel? Well we’ll get her full backstory next March when she debuts in her own solo feature. That film is going to be set in the 90’s and will feature Nick Fury, Agent Coulson (Clark Gregg) and Brie Larson as the titular heroine. She’ll be going up against the infamous Marvel foes, the Skrulls. A shapeshifting alien race who has been featured heavily in numerous Marvel Comics storylines. The film will also feature the return of Guardians of the Galaxy characters Ronan the Accuser (Lee Pace) and Korath the Pursuer (Djimon Hounsou).

In the comics Carol Danvers is a US Air Force Pilot who is given half alien DNA and multiple super powers. Her powers include superhuman strength, durability and speed as well as energy projection and flight. She’s considered to be one of the strongest characters in the Marvel Universe, and has taken down some of it’s biggest bad guys on her own.

While we don’t know yet exactly how Captain Marvel will play into the next Avengers film, there’s a good chance she will be a huge key to taking out Thanos. She may even take over the role that the character of Adam Warlock played in the Infinity War storyline in the comics. In the comics Adam Warlock was created to be the ultimate Human specimen, and was able to defeat Thanos and take control of the Infinity Gauntlet. The MCU has not yet fully introduced Adam Warlock, but he’s definitely on the horizon. In a post credit scene in Guardians of the Galaxy Vol. 2, Ayesha, the Golden High Priestess of the Soveriegn, states she is creating the ultimate man. A man that could defeat the Guardians of the Galaxy. A man named Adam. It’s unclear as of now if we’ll see Adam Warlock in Guardians of the Galaxy Vol. 3 or another Marvel film, but it’s highly unlikely he’ll play into Avengers 4. 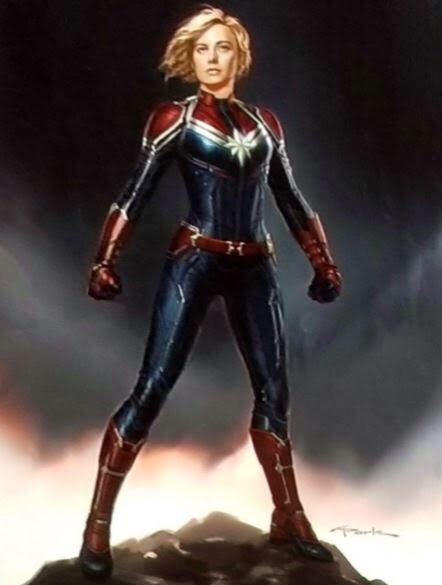