DC has been working on expanding their universes in recent years, with the inclusion of more well known characters in TV shows and movies. The TV show Krypton has done a good job at including some varied comic book characters, and the new season will see the introduction of one of DC’s toughest, yet most insane characters. Lobo.

There were rumors at the beginning of this year the DC was talking to director Michael Bay about making a Lobo film. The best way to describe Lobo is that he would fit perfectly into any and every Michael Bay film. He’s an alien biker, and an intergalactic mercenary and bounty hunter that has come up against just about every DC hero since his creation in 1982. He’s been seen in Superman: The Animated Series, the Justice League and Legion of Superheroes animated series, Young justice, and Justice League Action.

Lobo will be portrayed by Emmett J. Scanlan, who was most recently seen in the Netflix series Safe opposite Amanda Abbington and Michael C. Hall. We’ve got our first look at Scanlan’s take on the character below. 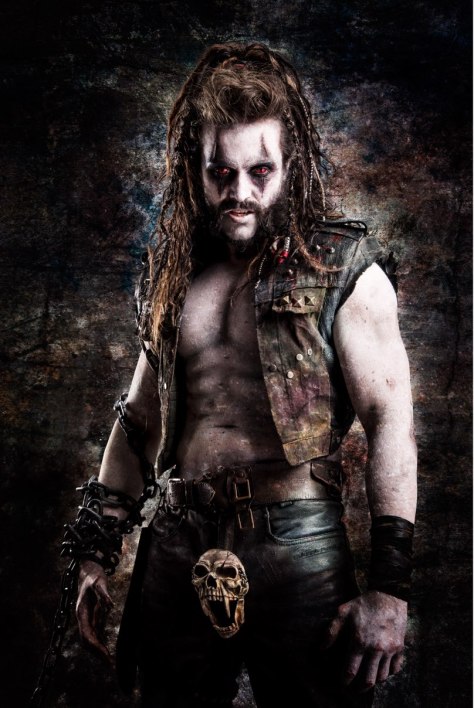 I know this may look a bit ridiculous. But Lobo is ridiculous. He usually refers to himself in third person with a cigar hanging out of his mouth. He rides a motorcycle that can travel through space. He’s one part Deadpool, one part Ghost Rider, and usually he’s rather amusing to watch, because he’s nuts. I can’t see a version of the character that wouldn’t look like this. And honestly, this look makes me think they know exactly who this character is.

We’ll see if Lobo is a hit or miss when Krypton returns to Syfy in 2019.