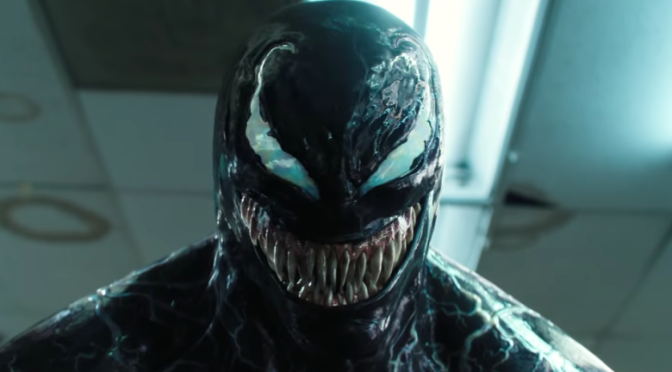 This weekend Sony Pictures released Venom in theaters. The first in their attempt at a cinematic universe set around the supporting cast of the Spider-Man universe. You can check out our review here. If you saw the film you may be wondering what the two credit scenes were all about. We’ve got ya covered. Be warned, spoilers ahead.

The end of the film sees Eddie Brock (Tom Hardy) and Venom defeating and killing Carlton Drake (Riz Ahmed) and the symbiote Riot. Afterwards, Eddie talks with Anne about what he’s going to do next, saying he’s got a big interview he’s lined up, but not telling her who it is. The mid credits scene shows us the start of that interview, with Woody Harrelson portraying a serial killer named Cletus Kasady. If you’re familiar with the comics you’ll know that Kasady becomes the villain known as Carnage.

As we explained in our Venom 101 article, Carnage was born out of a spawn of the Venom symbiote attaching itself to Kasady. He escaped from prison, and Spider-Man and Venom have both fought him in the comics. In the comics the bonding of Kasady and the symbiote came about from Eddie and Kasady both serving prison time. But having Eddie interview Kasady is an interesting twist on it.

Having Carnage as the villain for the sequel is enticing and hopeful. The first film is something full of untapped potential. With any luck the addition of a villain like Carnage, and an already fully formed world around the characters, could be the perfect way to move forward. And casting Harrelson as the psychotic villain is pretty great casting if you ask me. He’s shown in recent years from things like the Hunger Games and True Detective that he’s got endless amounts of talent. 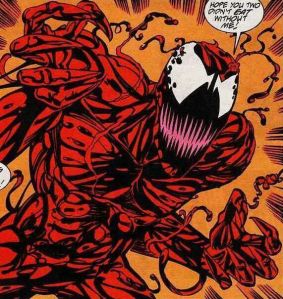 The very end credits scene has nothing at all to do with Venom or any sort of sequel. In a very Marvel Cinematic Universe turn, Sony simply put a clip from the upcoming animated Spider-Man: Into the Spider-Verse at the end of Venom. It’s a scene from what seems to be the beginning of the film, where Miles Morales and Peter Parker first meet. But if you don’t know who Miles Morales is, it may seem incredibly confusing. And even more confusing if you have no idea what Into the Spider-Verse is.

In the early 2000’s Marvel launched the Ultimate line of comics, which was a sort of rebooted universe. Starting things from scratch and leaning more into stories based on films. X-Men, Spider-Man, Fantastic Four, and The Ultimates (the line’s take on The Avengers), were the four main titles. The series saw success as it gave audiences the chance to read and understand the characters without decades worth of catching up to do. Since their release, most films, especially the MCU, have taken cues from the Ultimate line of comics.

A few years back the Ultimate Spider-Man book killed off Peter Parker and introduced a new character, Miles Morales, as Spider-Man. The Ultimate line of comics has since been disbanded but Miles is still part of the Marvel comics universe. The upcoming animated film, Spider-Man: Into the Spider-Verse, centers on Miles as Spider-Man, and his journey to become a true hero. It will also feature different alternate universe versions of Spider-Man. From another Peter Parker, to Gwen Stacey, Spider-Ham, and Spider-Man Noir.

The film had a panel at this summer’s San Diego Comic Con, which you can read about here. The scene at the end of the credits of Venom seems to be one of the scenes shown at Comic Con this year. The animation is honestly gorgeous and exciting. And it feels like exactly what an animated comic book superhero movie should be. Spider-Man: Into the Spider-Verse hits theaters on December 14th. Directed by Bob Persichetti, Peter Ramsey and Rodney Rothman with a script by Phil Lord, the film features the voice talents of Shameik Moore, Jake Johnson, Hailee Steinfeld, Liev Schreiber, Nicolas Cage, Kimiko Glenn, Mahershala Ali, John Mulaney, and Lily Tomlin. 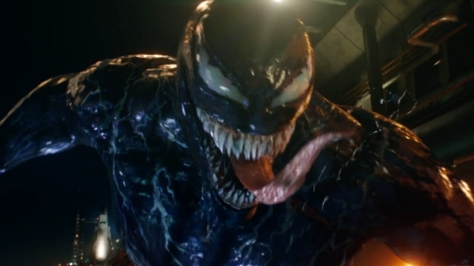 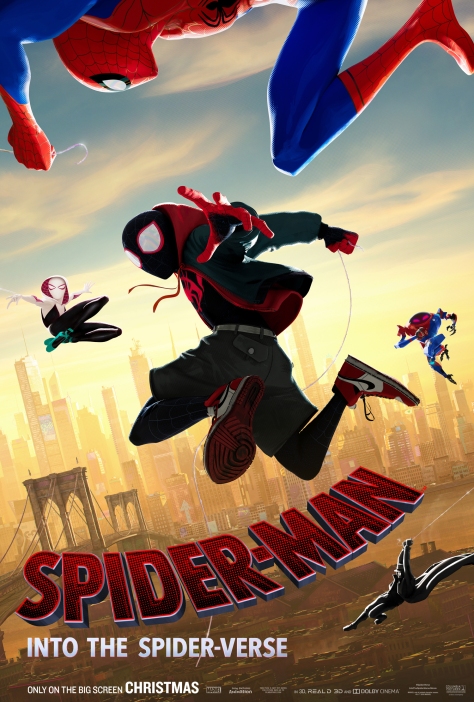