With Avengers: Endgame hitting theaters this week we’re taking a look back at the MCU thus far. First up, 2008’s Iron Man from director Jon Favreau.

Iron Man has always been a staple of the Marvel comics, but until the 2008 film, he was never a household name. If anything the term Iron Man was more well known for the Black Sabbath song. All of that would change with the release of the first film in the Marvel Cinematic Universe, Iron Man. The film was a bit of a long shot. With only three films under his belt as director, Jon Favreau would helm the film, with a script by Mark Fergus & Hawk Ostby (Children of Men) and Art Marcum & Matt Holloway (Punisher: War Zone). The film would also mark the return of Robert Downey Jr. as a box office star.

Downey, who had raised to fame in the late 80’s and early 90’s, fell into issues with drug abuse and after serving prison time and going through rehab, began working on rebuilding his career in the early 2000’s. While seeing some success with some independent films, and a role on the show Ally McBeal, Downey would become an A List star with Iron Man. The success of that film would lead to roles in Tropic Thunder, which earned him an Oscar nomination, and Guy Rithcie’s Sherlock Holmes. Much of the success of the film, and Downey’s career came from the fact that Tony Stark and Robert Downey Jr. had similar histories. Men who had bright futures in their youth but began to waste it away by giving into their vices, before finding something to help turn their lives around.

Over the past eleven years, the MCU has been reviewed and examined a million times over by anyone with the ability to do so. Iron Man and Downey’s performance have been examined from every single angle possible, and rightfully so. The film is without a doubt one of the best superhero films of all time. One that is firmly based in reality and presented as if Iron Man were real in today’s world. The terrorist villains remind us of the real terrorists groups we see on the evening news. The technology feels as though it would all be possible in the near future. Tony feels like he could have lunch with Elon Musk or Jeff Bezos. (Musk actually does cameo in Iron Man 2.) Kevin Feige has said before that Marvel’s goal for each film starting out was to base it in reality, with one twist that they ask the audience to accept. For Iron Man that twist is that the suit could be real, because every other element is pulled straight from what we see every day.

But it’s not the reality of the film that makes this film work as well as it does. The true key here is in a key moment within the second act of the film. Half of which is thanks to the dialogue free performance of Robert Downey Jr. as Tony Stark. We see Tony sitting on the couch tweaking with an Iron Man gauntlet, as he watches reports of the village of Gulmira being attacked by the Ten Rings. The same people that kidnapped him, and the same town that his cave companion Yinsen called home. In this moment he realizes that his suit, and his power can be more than just something to profit off of. He realizes that he can truly help people by going out and saving these innocent lives he put at risk due to the actions of his past. That he can be better than he’s ever been.

It’s a moment that is the type of scene reserved for the final climax of a film like this. When we see a snarky hero fully accepting that he can be greater, and save the world in his own way, it’s usually the end of the origin story. But Iron Man takes this moment and expands on it. It says, what if the story doesn’t just end there. What if this is the first step to him truly becoming a full-fledged superhero. Before this he’s just making the suit for his own interest. After this his goal is to be personally responsible for saving lives.

That’s what makes this film truly fantastic. It takes what we expect from every aspect of the film and turns it on its head. The snarky hero realizes he needs to be responsible before the third act of the film. The guys working for the military and the government don’t want to steal the tech, they want to help the person who created it. The hero doesn’t get the girl in the end simply because he’s the hero, she actually calls him out on still being self-centered. And most importantly, the hero doesn’t decide to hide his identity, he announces it to the world at a press conference for all to see.

Iron Man succeeds by taking everything we expected, and every doubt we could have, laying it on the table, and then flipping the table. That action would not only affect the world of superhero films, but also the idea of what a film franchise could be. From this point forward the Marvel Universe would grow, and the idea of an interconnected cinematic universe would take Hollywood by storm. 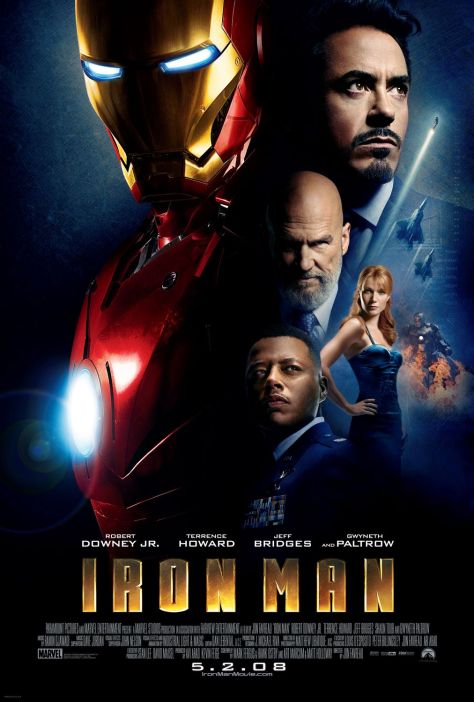 2 thoughts on “Iron Man Review: The MCU Begins By Subverting the Superhero Film”