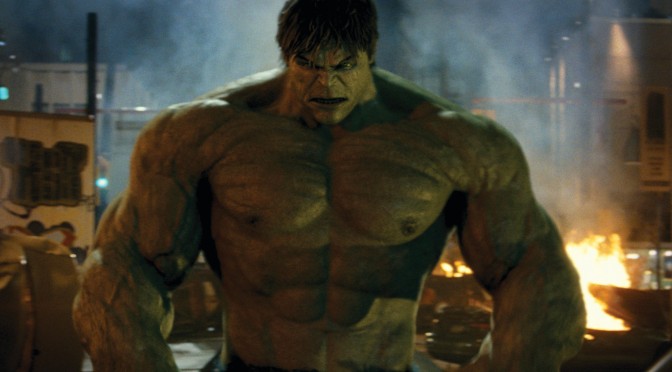 Avengers: Endgame hits theaters this week so we’re taking a look at all of the MCU thus far. Next up is the second film in the MCU, The Incredible Hulk.

The Incredible Hulk is sort of the oddball in the MCU. At the time the films were being produced by Marvel Studios in conjunction with major distributors. Iron Man, Iron Man 2, Thor, Captain America: The First Avenger, and The Avengers were all set up to be released by Paramount. Meanwhile Hulk was set up with Universal, as they still held the rights to the Hulk on film. Aspects of the wider Marvel Universe were added to the film, from Stark Industries tanks and weapons, to SHIELD databases used by General Ross. Many believe these elements were added after the release of Iron Man, due to that film’s success. However, based on the timeline of production these elements were clearly part of the original plan for the film.

There have always been rumors about the film being a mess, from creative differences between star Edward Norton and director Louis Leterrier, to the questioning of the MCU elements addition to the film. None of this was helped by the fact that Marvel recast Bruce Banner/Hulk for The Avengers, with Mark Ruffalo taking on the role from that point on. Those aspects have led many to criticize the film, and distant it from the rest of the MCU. But in all reality The Incredible Hulk was an example of how the MCU could expand the world of these films naturally, dip into other genres, tell a good character focused story, and actually succeed.

At its core the film is an action film that takes cues from classic like The Fugitive, Enemy of the State, and the Bourne franchise. So-called “chase films” where the hero is on the run from the government. The tension and action of the film continues to build, while still adding great character development, and some nice moments of levity. It all comes together in the climax of the film where Banner has to accept his role as the Hulk and use it as a means for something good. He may not be able to control it, but if he can “aim it” then maybe he can be a hero.

The build up to this moment is fantastic, and it’s all completely reliant on Liv Tyler’s Betty Ross. Throughout the film she urges Bruce to try to control the Hulk, because she sees immediately that there’s more to the Hulk than just a destructive force of nature. He can be more human, and can understand more than just anger. But Bruce is hesitant because he sees the Hulk only as a weapon, just as General Ross does. He’s spent so long worrying that he’s got this weapon inside of him that he forgot that it’s part of him, and as such some of the good elements may come out with the Hulk.

Betty is able to slowly build Bruce up through the movie, and push him to realize by the third act, that yes, there is good here. In doing so it creates a much more complex narrative, and character for Bruce/Hulk. Because he’s not just a weapon, he is something human. All of this makes Betty one of the best female characters in Phase One of the MCU. While ever single other love interest or female character is used as a foil, a damsel in distress, or a token female character, Betty is legitimately important to the story and Bruce’s character arch. And she’s not just important for the fact that she’s put in danger.

Betty’s role in the film is often overlooked when examining The Incredible Hulk, but it’s an element that foreshadows an MCU that would become more inclusive, and give more power to the female characters. The growth of Bruce Banner in the film is also an element that when examined from afar, would also have long lingering effects. Ones that would eventually be touched on in Phase Three of the MCU when the Hulk’s personality finally got to shine in Thor: Ragnarok and Avengers: Infinity War. Due to the film rights for the Hulk we may never get another solo Hulk film, but The Incredible Hulk is a satisfying film that truly does work in many ways. You just have to be willing to accept the fact that Tony Stark is only in it for 30 seconds. And for some fans, that’s not enough. 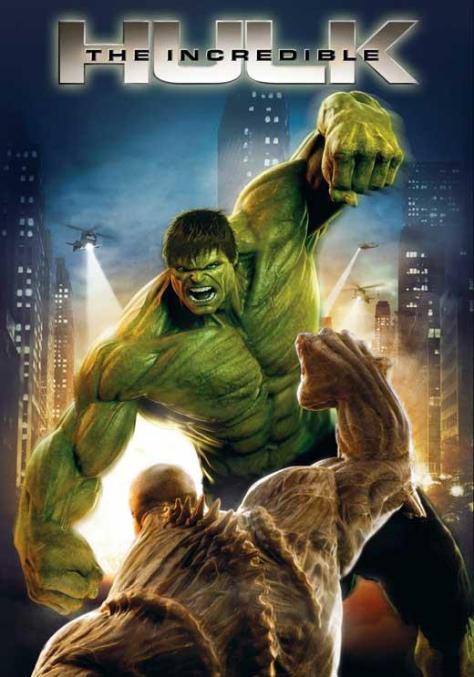 2 thoughts on “The Incredible Hulk Review: A Step In The Right Direction (Despite What You May Remember)”