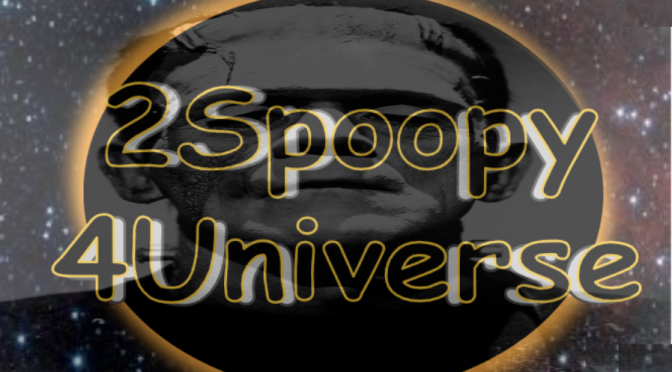 Toby begins to wrap up his pitch for a new Cinematic Universe with the mother of all monsters Frankenstein’s Monster.

(Editor’s note: There’s a rumor that Alex Lancaster, the Founder/Editor in Chief/Lead Writer for Poor Man’s Spoiler, secretly has a Quasimodo-esque love child he keeps hidden away in some basement. This has never been proven, but if true, said child would likely have an opinion on films and entertainment. “Apple doesn’t fall far from the tree,” and all that. This week Toby is diving into the next big Cinematic Universe, one he created himself. We apologize.)

If there is one constant in the course of human history, it is that humans will consistently and effortlessly go over the lines drawn in the sand. Whether that is beneficial or detrimental depends on the circumstances and your point of view. As science advances, so too do the costs and benefits of those advancements. As the Notorious B.I.G once put it, “ Mo money, Mo Problems,” rip. The most significant of these events are the invention of chemical sedation for satiating large groups of people, or, chemtrails and the creation of life itself. In this story, they will coincide.

The finale of Mary Shelley’s novel ends with Frankenstein’s monster (henceforth referred to as Adam) vowing to kill himself as he rides off into the arctic. What the novel forgets to remind you of is that he was essentially a teenager at this point. If we had a time machine and sent back a My Chemical Romance album, he’d be figuring out how to put on eyeliner instead of reading Milton.

The weight of his actions and his pursuit for revenge now being fully felt, the grief of now being the only one left consumed him. Fortunately, the Arctic tundra is a great place to chill out. What was more troubling at this point was the crippling loneliness that can only come from long periods of isolation or a week without an SSRI.

Years passed and Adam grew into young adulthood and felt an ever-present longing to understand his place in this world. Victor, his creator, had never given him that. Hell, he never even received a name. Surely, he thought, there must be some purpose simply beyond the act of creation itself. The ice he was skating was getting pretty thin. The water was getting so warm he might as well swim…except for the fact that predators were lurking in the dark cesspools of these northern waters and avoiding be dragged into their depths was preferable. In any case, it was time for Adam to return.

Unbeknownst to him, he could not have picked a better time to return to London. He never knew that the sailor had made it back and Shelley had written her novel. Arriving in late October, people just assumed it was a costume. For the first time in his life, he felt like he was accepted, even admired for his “costume.” He made his back to the lab he was born in. Fortunately, it was condemned so it was still left largely undisturbed. Adam scoured through journals and discarded loose papers hoping for any sort of insight into Victor’s design. Nothing. “Is this what God did too perhaps?” Adam breathed out in a sigh, “Created something for the simple joy of creating without giving mind to the consequences?” Then he remembered he was supposed to be past this depressing point in his arc and was forced to move forward.

While he was unable to unearth the reason why he was created, he was able to discover the how. If he was doomed to an aimless existence, at least it didn’t have to be a lonely one. Where on earth would he find subjects to work with though? 19th century London was fairly safe and he’d draw attention to himself digging up recently-deceased women of a certain age. To come so close and not be able to move forward. Adam decided to take a long walk to collect his thoughts. There he saw a man pestering a woman about sweet peach tea and ringing a bell. The dude was bonkers and he wore clothes that were much too tight for him. All of a sudden, the man brandished a knife and killed the young woman. Adam was in shock. This man just provided him with the answer he was looking for, but he was clearly out of his mind. Adam had little choice.

“Excuse me sir, “Adam called out, but the man ran for it. Not that it mattered, Adam would find him in time for he did not need to sleep. First, he must move the specimen. Once secured, Adam set out in pursuit of this loon. He wasn’t hard to find though, he was like three streets down passed out in the gutter. Something was different though, his clothes were a little baggy and he seemed horribly out of it.

“Jesus, your face, gave me a right scare,” replied the man, “Though you look how I feel, splitting headache. Great costume. I’m Henry by the way.”

“Adam, though you saw me about an hour ago and ran from me.”

“Oh. Oh no. It happened again. Please tell me I didn’t hurt anyone,” it was here that Dr. Henry Jekyll and Adam relayed their stories to one another and started a most peculiar friendship. Adam would watch over Hyde and in return Jekyll would provide a library and shelter. Adam would allow Hyde to continue on and collect the bodies. When enough were collected, Adam made Jekyll aware he had plans one evening and he would be unable to watch Hyde. Jekyll completely understood and the two made their goodbyes.

That evening Adam worked to create his bride, but he was missing one piece; a rib. “How fitting,” Adam thought, “That I, Adam, have paradise to gain by giving a rib to my Eve.” His creation came to life and he had plenty of tools on hand to teach her. She learned and was willing to learn very quickly. Adam learned two things very quickly as well: 1. Just because you created someone, does not mean they will love you. 2. Henry Jekyll was dead. In terms of the latter, in Adam’s absence, Hyde met Jekyll’s love and was unable to kill her, but what he did instead is unspeakable. Filled with grief and guilt, Adam felt it best to return to the arctic he once called home and his new bride reluctantly agreed to join him.

That turned out to be a poor decision. She grew ever resentful the more she realized he didn’t know. She would badger and pick at him because she could and because she knew he could not leave her. He created her and, despite her cruelty, he loved her. Adam more and more understood why and how Victor treated him so unfairly. For 100 years, the two kept each other in company and watched as the ice melted around them. One day, they were out hunting seal when Adam noted a thin spot. “Oh, you think you have to tell me, because you are soooooo much smarter, well guess… “ she fell in and that was the last he saw of her. This part would have just been a hilarious karmatic event…except for the narwhal she feel on top of stabbed her on accident and killer whales went nuts after that…

He figured it was time to check in on the world of humans once more.

His ship got caught in a storm and he ended up lost from London. He discovered that he had somehow made it to Florida where he became a local legend for being able to wrestle gators with ease. A scientist from the nearby university wanted to study him. Adam agreed in return for safe keeping. And that’s how Gatorade was made. I found him in the library at Prodigiem one day, he’s a cool dude.

You can check out Toby’s thoughts on Avengers: Endgame here, his explanation for these profiles here, and check out the previous profiles at the links below:

Written by Toby
(Toby is not a real person. This is a parody. A farce. A satirical piece. Do not take anything in this article seriously. It is written and created for entertainment purposes only, and honestly shouldn’t be read by anyone. Except as a means of torture. I mean, unless you’re into that thing. We don’t judge.) 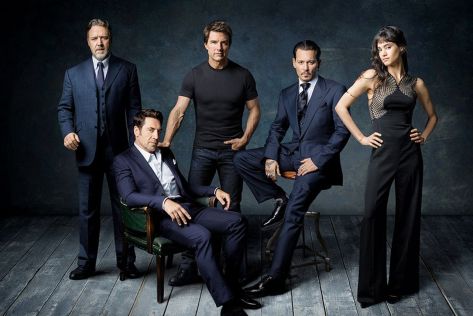 A Note From Poor Man’s Spoiler
(None of this represents anything real, it is, once again, a satirical piece. No harm is meant to any parties involved. Especially the people “Toby” has cast in the roles of the classic film monsters.)