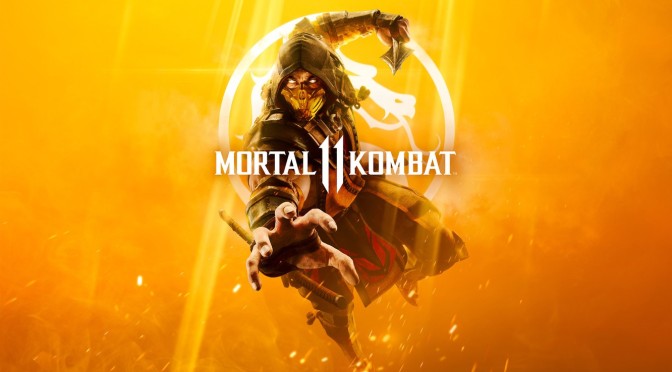 Mortal Kombat is back with its astounding mixture of gory, gorgeous, and glorious fatalities! 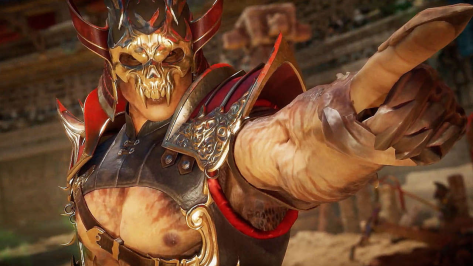 As Mortal Kombat 11 started up, I was ridiculously giddy.  Mortal Kombat (2011) was a great addition to the franchise.  The series has always been great, but the new re-release really put it over the top.  Reaching the menu, I was a bit disappointed at first, as it was a little bland.  Although, the original menus are nothing to gawk at.  However, the background is bleak and looks like a Windows 10 default desktop photo. 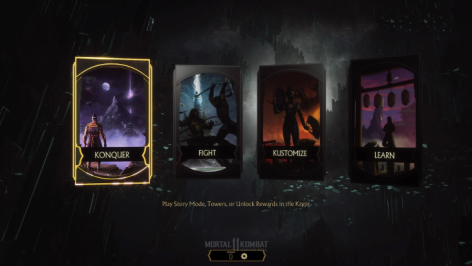 When starting a new save in story mode, the game asks if you would like to play the tutorial.  I took this opportunity for two reasons.  One, Mortal Kombat will always have an achievement for finishing the tutorial.  Two, I knew that my roommate would try and come at me, and I would put them in the ground.  It was essentially a good chance to freshen up.  If you’ve ever played multiple Mortal Kombat games, you will know that with recurring characters like Sub-Zero, Scorpion, etc. that the kombos for the special moves are always very similar. 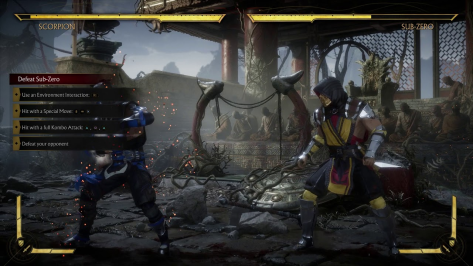 The tutorial pits you, Scorpion, against Sub-Zero.  When the tutorial reaches the kombo stage, the game gives you an hourglass to tell you how long you have until you need to hit the next button. This is very handy for long extensive kombos.  The game also shows you which button you are pressing on a controller layout.  Mortal Kombat normally shows you which buttons you are pressing, but seeing them on the layout can be handy if you are hitting the wrong button and you can visibly see the second you messed up.  The kombos feel like more time is given for each button press.  When Mortal Kombat first started, speed was definitely key in kombos and fatalities.  Now the games are more lax, which isn’t a bad thing for new players but having to practice for those fatalities and achieving them was a rite of passage. 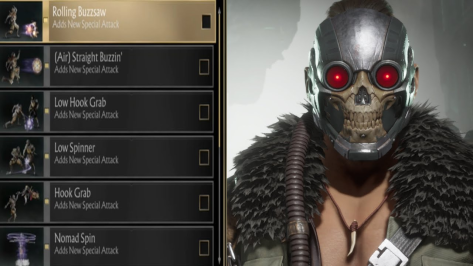 Mortal Kombat story modes are always on point.  They can be finished in a matter of hours and can essentially be a movie in terms of story.  And without any spoilers and in the best way possible that I can say this: NetherRealm Studios can kiss my ass.  It was a great story and I really loved it, but there was no need for them to stomp on my heart like that. 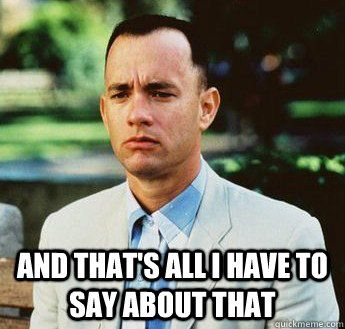 As said previously, the re-release of Mortal Kombat put the series over the top in the new gaming generation.  With the introduction of X-rays during combat, players were hoping that the tough match they were in wouldn’t pop an X-ray and they were so gorgeously glory.  The new item that Mortal Kombat 11 introduces is Fatal Blows. These are essentially X-rays with a twist.  The Fatal Blows can only be activated if your health is 30% or lower, not your opponent’s health.  And the Fatal Blows can only be activated once per match if met with a successful hit.  They are basically a last ditch effort to win the match once your health reaches the 30% or below.  You’re welcome for the below pic, by the way. 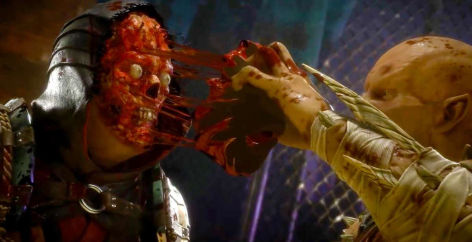 There are also Krushing Blows.  These are hits that are normally performed. but they offer a much higher amount of damage.  There is a certain criteria that needs to be met in order to hit with a Krushing Blow.  Like the Fatal Blows, they can only be used once per match and every character has a different criteria.  They offer a mini cinematic event showing how much harder that hit was so it’s obvious when players achieve them.  They take some skill for certain characters.  Most of the harder characters are typically harder hitters to begin with and just take a massive amount of health out when using a Krushing Blow.  The most common Krushing Blow that I have found is the typical uppercut.  Any character is capable of achieving an uppercut, it’s just meeting that criteria for a Krushing uppercut. 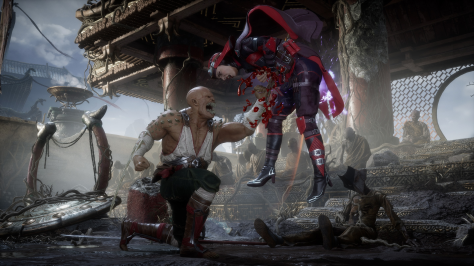 As always, The Krypt is a super cool part of a Mortal Kombat game.  In Mortal Kombat 11 the nameless player is exploring Shang Tsung’s island.  Players can use koins, souls, and hearts to open chests so they can obtain art, music, items, and skins for different characters.  There are items on the island that players need to obtain to be able to progress throughout the island, such as Scorpion’s Spear (also known as Hanzo Hasahi’s Spear), Ermac’s Amulet, Kenshi’s Blindfold, and The Thunder God’s Shattered Staff.  Obtaining these items can be difficult and some of the puzzles are hard, but they’re not necessarily unsolvable to the point where players need to look them up.  The controls for the nameless character can be a little tanky, which can be frustrating but doesn’t damper the experience. 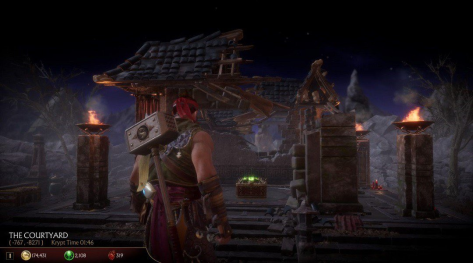 A new feature to Mortal Kombat 11’s krypt is Kronika’s Time Vault, which  is where players can use koins to reset the chests within the krypt.  Doing this only resets the konsumables.  If players have opened every chest but need konsumables for tower fighting, this is a great way to obtain those. 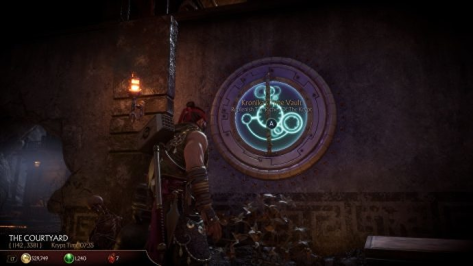 The online play for Mortal Kombat 11 is pretty standard and there’s not much to cover about it.  However, I will cover the point that I’m disappointed that there are microtransactions within this game.  I’ve made it perfectly clear in the past that I think that microtransactions bring down gameplay value.  This has not changed. If players are buying time crystals, then there’s really no need.  Playing the story gives you bonuses and tons of koins.  Playing any type of match gives you koins.  NetherRealm wants to make us lazy and pay for what we achieve rather than earning.  It’s ridiculous.  This was probably the worst part of the game and one of the only issues that I had.  There were some repetitive tasks for dailies, but most games offer daily tasks nowadays.  There was an issue with the Time Towers, but that has since been fixed and players were given a gift in their notifications because of it. 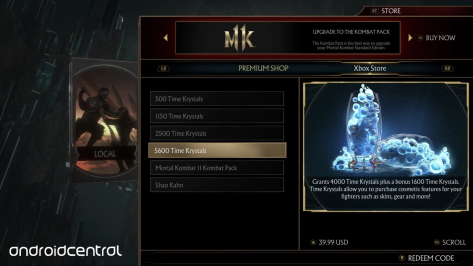 I love Mortal Kombat.  I don’t want to say I always will love it because games have let me down in the past, but they have done well in my eyes for decades.  If you enjoy fighting games and want a game that will last a while and can be played with others, I highly suggest this game.  Even if you don’t like gore, get over it and buy this game because I want a Mortal Kombat 12, and I will throw a fit if it doesn’t happen before I die. 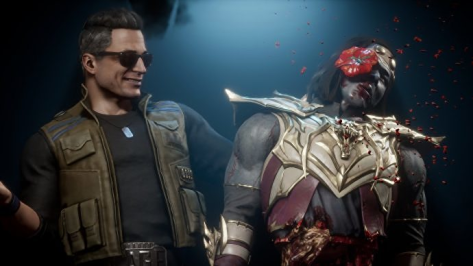 Written by Frido
(Frido is an avid gamer and plays games when they should be doing homework. Their other hobbies include sleeping, eating, drinking, and acting like they’re going to start exercising when we all know they’re not. Some of their favorite games include The Bioshock Series, the Resident Evil series, and Luigi’s Mansion. They figured if they’re gonna have all of these opinions might as well put them to paper.)