Game of Thrones first episode of the final season brought some major changes to the status quo of Westeros. Be warned, as we’re going to get into some SPOILERS.

Cersei has begun her plans to take over the rest of the Seven Kingdoms while Jon and Daenerys fight the war against the dead. Euron has returned to King’s Landing with the Golden Company, and while she shoves him off at first with, she realizes that giving into him a bit can help her. She sleeps with him, knowing that she’s already pregnant, as a means to help legitimize her pregnancy and hide the true parentage of her unborn child. Meanwhile on on of Euron’s ships, Theon and his crew kill all the men aboard to save Yara.

Theon and Yara sail off towards the Iron Islands. She explains that they can take back their home and also secure it as a place for Daenerys to fall back to if the battle at Winterfell is lost. When she realizes Theon would rather head north she tells him to go and fight for the Starks. After years of instability between the two it seems as if Yara and Theon have finally gotten to a good place in their relationship, and Theon is becoming the man he was always meant to be. 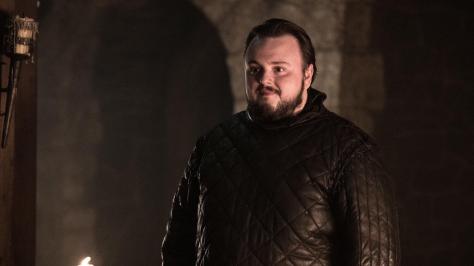 Jon and Daenerys arrive to Winterfell, and aren’texactly welcomed with open arms. Everyone seems suspicious of Daenerys, and upset with Jon for so easily bending the knee to Daenerys. As Davos explains to Tyrion, the north needs to see that Daenerys can be trusted, and until she proves that they won’t follow her blindly. There’s some nice reunions between the Stark family members, Tyrion and Sansa, Arya and Gendry, and Sam and Jon. But each moment adds more complexity to the situation as the Northerners remain skeptical of Daenerys.

Quite possibly the most important moment of the episode rests not on Jon or Sansa or Cersei, but Sam. When Daenerys meets Sam for the first time she thanks him for saving Jorah’s life. But in the same moment she admits to killing his father and brother. He still wants to be loyal, because that’s who Sam is, but he’s destroyed. Even though he didn’t have the best relationship with his father and brother, they’re still his family, and she still killed them. This isn’t going to help Daenerys, and in the end it’s the type of thing that could shift things drastically. She has to prove now that she’s not her father, that she’s a better person, and can be a good ruler. But right now she’s in a deep hole that may take a lot to dig herself out of.

In terms of drastic changes, Sam is also involved in one of the other most important elements of the episode. Sam explains to Jon that he is in fact a Targaryen, and should be the true king of Westeros. Jon refuses to believe it at first, but it seems as if he accepts it by the end of the scene. That being said, he still seems hesitant to tell Daenerys the truth. A truth that could change their relationship and the dynamic between everyone in Westeros drastically.

The end of our time at Winterfell (and the episode), brought Jaime to the North, and face to face with Bran. How things move forward from there is uncertain.

At the beginning of the episode we see Jon send Ned Umber, the Lord of Last Hearth and head of the Umber family, back home to bring more men to Winterfell. Later in the episode we discover that Tormund and Beric survived the destruction of Eastwatch, and have arrived at Last Hearth. They meet up with Edd and a few men of the Night’s Watch, before discovering Ned Umber nailed to a wall by the Night King. It’s a message that the dead are truly here, and they’re not stopping.

This episode helped to tie things together. Not necessarily resolving everything. But at this point we finally have everyone essentially at one location, ready to move ahead in the war with the dead. The big question moving forward will be how much the living are willing to set aside their issues and fight for the living, or if they’ll all fall apart due to their skepticism and inability to trust one another.

The best way to sum up the episode is with the quote Cersei says to Euron in King’s Landing. “You want a whore, buy her. You want a queen, earn her.” It’s obvious where that lies in terms of Cersei’s relationship with Euron, who believes he can just present Cersei gifts and gain her loyalty. But in a way it also applies to Daenerys. She has to learn to earn the love of the Northerners, and not just expect them to immediately bend the knee to her. Daenerys has had an interesting road, as she began her journey saying, “follow me, or go live freely” and now it’s “bend the knee, or die.” I believe that she can still rule by allowing people to live freely as she becomes queen. The question will be, how long will it take her to do that, and what does she have to do to win over the north. A woman can only emerge naked from the fires of the dead so many times right?

Keep following Poor Man’s Spoiler for more Game of Thrones coverage, and be sure to catch the final episode tonight at 9pm ET on HBO. 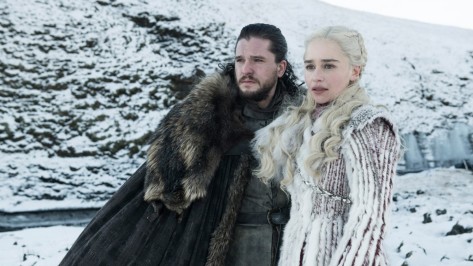