Nearly every superhero film deals with some form of an ethical conundrum regarding the hero’s abilities: Batman chooses not to kill his enemies, Spider-Man knows that “with great power comes great responsibility,” and Superman uses his superhuman powers to protect humanity and better the world. But what if Superman just didn’t give a shit about humanity? This concept is explored a little in Justice League when Superman is resurrected without his memories, but for all intents and purposes, Superman is not himself for a majority of the film and lacks the cognisance to choose good or evil. This weekend, Sony released Brightburn which plays with the idea of a Superman-like character who feels no loyalty to humanity.

The film was directed by David Yarovesky (The Hive, Guardians of the Galaxy), co-written by Mark Gunn and Brian Gunn (Journey 2: The Mysterious Island), and produced by James Gunn (Guardians Vol. 1 & 2, Super  ). Needless to say, this was created by a team of people who have experience with both the superhero/action genre and the horror genre. The thing that really sets this film apart, however, is that it’s more than a typical dark hero/anti hero story. It’s even more than just a villain origin story. It’s a story of how that kind of power dynamic can look in a world where the one wielding power has no empathy towards the powerless.

Tori (Elizabeth Banks, Hunger Games) and Kyle Breyer (David Denman, Logan Lucky) are a couple living in Brightburn, Kansas. They want a child but have had issues conceiving. One night, something crashes to the earth: a pod that contains what seems to be a human baby. They name the boy Brandon (Jackson A. Dunn, Endgame)  and take him in as their own son. Growing up, Brandon knows he is adopted, but he doesn’t know where he truly comes from. When he turns 12 and starts to go through puberty, he realizes that he’s different from everyone. He feels drawn to the barn where his parents have kept the pod he arrived in locked under a trap door. It “speaks” to him in a way, causing him to truly experience the breadth and depth of his abilities for the first time. 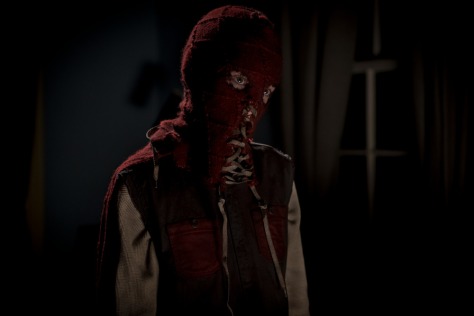 Unlike Superman, neither Brandon nor his parents really know that he has any abilities until he starts puberty. Before then, the only indicators that he was different are high intellect and invulnerability, so there wasn’t really an awareness that they would need to teach him to wield his power responsibly. Because of this, Brandon’s parents (particularly his father) show fear when signs of his power begin to emerge. They try to maintain the situation as Brandon gains better control of his powers. However, as a kid who’s been bullied, has always felt like a misfit, and has learned that his parents have lied to him his entire life, he no longer feels inclined to respect their authority or display compassion towards others. By the end of the film, Brandon is virtually invincible and free of any emotion or conscience which has disastrous consequences for everyone.

One of the most interesting parts about this film is that this isn’t the typical “man versus self” or “man versus society” struggle that most main characters have to deal with. Brandon seems to start out as a good kid who goes rogue, but when it’s time for him to deliberate over whether he should do the “right” thing, he does not hesitate to act in his own self-interest. He is completely unafraid and self-assured, relishing in his mental and physical and mental superiority over mankind. This begs the question of “nature versus nurture” and whether who/what he becomes could have been prevented. Like Jonathan and Martha Kent, could the Breyers have intervened and guided their son towards the path of righteousness? Could they have continued to express love rather than fear once they began to realize what their baby boy was capable of becoming? Or would their love, empathy, and compassion have made any difference at all?

It seems that Brandon only reacts to being treated unfairly or being betrayed, but there is one moment between him and his mother that makes you question if that’s all it will take for him to do whatever he wants. There is nothing to stop him except his own conscience, and ultimately, what does conscience matter to a being who realizes that people are ants and he is a child with a magnifying glass?

I will warn you that this film does contain some plot holes and loose ends that could have been tied up more neatly, but I don’t think they detract from the exploration of Brandon’s psyche. You should also be warned there are some extremely graphic scenes, so if gore makes you squeamish, you may want to watch this one through your fingers.

Brightburn is currently playing in theaters. 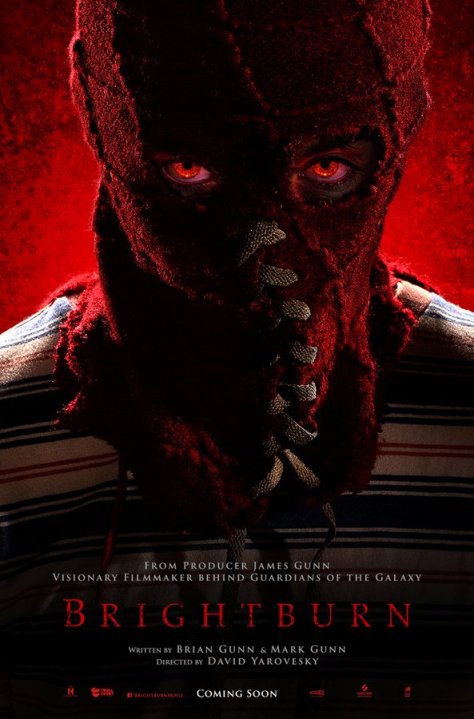 Written by Alix Teague
(Alix is a fan of memes, puns, and unironically using words like “yeet.” She also has an MA in literature, so she’s clearly putting it to good use. She likes to refer to herself as the Millennial Bard. Follow Alix on anything at @alixplainlater)