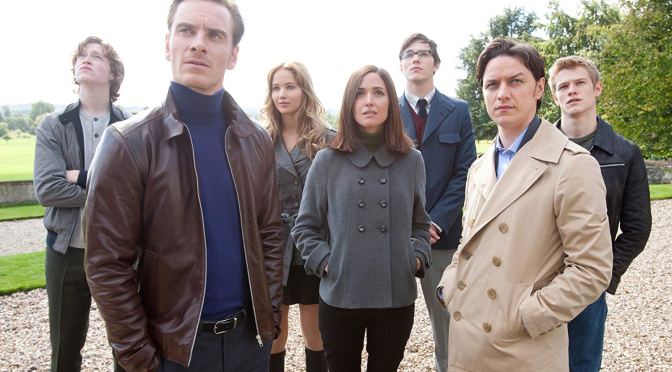 The X-Men franchise begins to bounce back by heading to the past.

After the failures of X-Men: The Last Stand and X-Men Origins: Wolverine, the X-Men franchise was a mess. It was unclear how things would move forward, and Fox was needing to continue the franchise in some way to keep the rights away from Marvel. Originally the studio planned to do solo features for multiple X-Men characters, with X-Men Origins: Wolverine being the first and Magneto having his own origin film after. When Wolverine didn’t work out, they took pieces of that story to create a reboot for the franchise, one that would take the franchise back to the ‘60s.

X-Men: First Class succeeds by taking the elements of the previous films that worked and using them all in the right ways. There’s a message about accepting who you are and finding power in what makes you different. The film also builds on the idea of coming together to face a threat greater than one’s self to save the world. It also does an excellent job of building more into the characters of Professor Xavier and Erik Lehnsherr aka Magneto, with James McAvoy and Michael Fassbender portraying the two mutant icons.

Patrick Stewart did an excellent job of portraying Xavier in the first three X-Men films, but those films weren’t able to truly dive into his character. First Class shows us the caring and sympathetic aspects of this character in full form. We see why he is this leader that everyone wants to follow and his dedication to believing in hope and the good in people is a major reason the film succeeds. We can’t believe in this fight if the leader is someone we can rally behind, and McAvoy’s take on Xavier is exactly the type of person we want to follow.

On the other side of the coin is Magneto, a character who has depth but a depth that hasn’t been explored. He’s someone who has seen the worst of man and made a choice to fight back. The film does a phenomenal job of building him up with a first act story that almost feels like a James Bond film. It’s here that the film takes the idea of a revenge plot, as used in Origins: Wolverine, and plays it out in the best way possible. We want Erik to take out the villainous Shaw. We feel for him every step of the way. When Xavier works with him to find power not in his anger, but in his joy and the good memories he had previously lost with his mother, it’s powerful and beautiful. We go from cheering him on as he kills Nazis to crying with him as he moves a satellite, and that’s a great feat.

The conclusion of the film is powerful and heartbreaking, and it does a great job at leaving the film open for anything that could possibly come afterwards. There’s just enough to say that this is what happened before the first X-Men but opens things up where we could see more set between those two films. It was a great way to move forward with the series and is a solid entry in a franchise that has defined superhero films on every level.

Keep following Poor Man’s Spoiler as we continue to dive into the X-men Franchise ahead of Dark Phoenix. Be sure to check out Dark Phoenix when it hits theaters on June 7th, and read our review of the previous X-Men films at the links below.

X-Men Review: The Superhero Revolution Begins
X2: X-Men United – The X-Men Return To Save All Mutants
X-Men 3: The Last Stand – Thank God This Got Erased By The Prequels
X-Men Origins: Wolverine – Why God, Why?