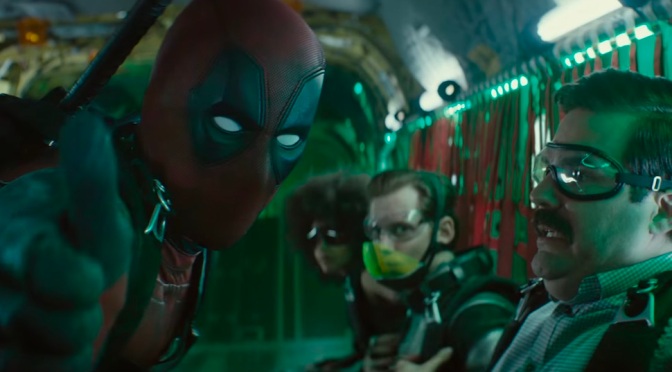 Today we finish our X-Men Retrospective leading up to the release of Dark Phoenix, with Deadpool 2.

The X-Men franchise has taken some drastic ups and downs, it has lead the way for the rest of the superhero film boom, and in many ways set the rules for how these films work now. It has also been willing to break those rules, and bend things to give us new and exciting material we never thought possible. The franchise has taken some mis-steps, but overall it’s not afraid to take risks or give us things other franchises won’t. Because of all this we were graced with the first Deadpool, and thanks to that film’s success we were also given a sequel to that film. It’s a film that featured the first gay superhero character, involved time travel, and while filled with tons of F-bombs and bloody action sequences, it still delivered a solid story and was true to the characters.

Even if anyone anticipated the success of Deadpool, it’s unlikely anyone would have known the first film would make as much money as it did. The sequel made nearly as much as the first and together they are the top two highest grossing X-Men films to date. The sequel didn’t let up on anything that made the first film work so well. The action sequences are amazing, the comedy is top notch, the character growth expands in all the right ways. On top of all that the film adds more surprises for X-Men fans and fans of the franchise with some stellar cameos, and a reintroduction of a character previously bastardized by one of the franchises’ mis-steps.

The two best parts of this entry in the Deadpool saga are undoubtedly the addition of Zazie Beetz’s Domino and Josh Brolin’s Cable. Cable is a straight up badass, and is a blast to watch on screen. Brolin brings a great balance to the character, who could have easily been harder to connect to, but his charm makes it all work perfectly. As for Domino, and Beetz’s portrayal of the character, there isn’t a single moment after her introduction where you don’t want to see her again. She steals every single scene she’s in, and is the perfect amount of wit and charisma to play alongside Ryan Reynolds’ Deadpool. On top of that, the way her powers are presented on screen are some of the coolest and unique moments in any superhero film.

The success of the film led to three different versions being released for fans. Each one is definitely different and displays its highlights. The original theatrical version is a solid film that gives you everything you want after the first film. The Once Upon A Deadpool version is a fun twist that shows that if pushed into a corner the character could still work in a PG-13 setting. (Hopefully that will only happen when he crosses over into other franchises.) The best version of the film has to be the Super Duper Cut.

The Super Duper Cut of Deadpool 2, features some changes to the jokes which give it a wider appeal. It adds a few more moments with each of the new characters, which in turn helps expand their development as the film plays out. Giving us more reason to want to see Cable succeed, while also giving more reason to want to see Russell redeemed and saved. It also features a few more moments with Domino, which is something that’s always a bonus. The Super Duper Cut also plays up the action for almost every single fight sequence and delivers a lot of great stunt work and visual effects. In some ways it’s the version that should have been released in theaters, but the original version is a satisfying enough take.

No matter what version of Deadpool 2 you choose, you’re in for a treat. The core of the film which remains in all three cuts works incredibly well, and is constantly firing on all cylinders. It’s a perfect sequel to the original film, and another great entry to the expanding X-Men saga. While it’s unclear what will happen to the character moving forward, it’s satisfying to know we at least received two solid entries with the “Merc with a Mouth.”

Be sure to check out the final installment of the X-Men Franchise, Dark Phoenix, when it hits theaters this weekend. You can check out the previous installments of our X-Men Retrospective at the links below.

X-Men Review: The Superhero Revolution Begins
X2: X-Men United – The X-Men Return To Save All Mutants
X-Men 3: The Last Stand – Thank God This Got Erased By The Prequels
X-Men Origins: Wolverine – Why God, Why?
X-Men: First Class – Mutants Are Groovy Baby
The Wolverine – The Solo Adventures of Wolverine Get Better
X-Men: Days of Future Past – The X-Men’s “Endgame”
Deadpool – The X-Men Franchise Finally Goes R Rated
X-Men: Apocalypse – Heroes and Heartbreak
Logan – The Greatest Achievement in Superhero Film