After 19 years, and a lot of ups and downs, the X-Men franchise as we know it is coming to a close with Dark Phoenix.

The X-Men franchise essentially began the Superhero boom with 2000’s X-Men. That film spawned two direct sequels and a solo Wolverine venture before restarting with a prequel set in the ’60s, First Class. The series brought everything together with the follow up, Days of Future Past, which featured the cast of both timelines working to save all mankind. The result of Future Past would undo the storyline of the original trilogy, wiping out the incredibly flawed X-Men (3): The Last Stand, and giving the series the ability to rewrite it’s future. The series began doing that with Apocalypse, which had some good aspects, but left many fans wanting more. They’d have to wait three more years to get the final entry in the series, Dark Phoenix, which tries to rewrite the Phoenix Saga previously seen in Last Stand.

The easiest way to explain Dark Phoenix is to say that it feels like the franchise’s version of The Dark Knight Rises. The film gives us an end to this saga, but in all reality, it’s an ending that is more disappointing than any of the endings we’ve seen in the recent films. First Class promised the potential of the future for these characters. Future Past gave us a look at a happy ending for everyone. Apocalypse set up the prequel characters to continue on as the full force X-Men group, complete with comic accurate costumes. Dark Phoenix throws all of that out the window and says “nah, here’s our way of just closing things here.”

The endings don’t even feel as though they have any weight either because we don’t know how they compare to what we saw in Days of Future Past or anything else the franchise has delivered. It’s a way of saying “here’s an end to this film and some of the storylines you’ve seen in these films, but don’t think too hard about how this plays out down the line.”

The highlights of the film are the performances and the way in which the film uses Charles Xavier. Charles has never been told he’s wrong, because he’s usually right in the choices he makes. But the film looks at the way in which he does things and questions whether he’s completely innocent or has made mistakes. It’s a question the entire franchise has never once posed of the character, and it’s nice to play that card. But it’s done in a way that only seems to matter long enough to get the story to the main conflict. There’s barely any deeper meaning when things are resolved, and it’s not exactly clear how much Charles has learned by the end of the film.

The overall Phoenix Saga storyline is done decently, but in no way does it feel like it was necessary. If anything, this feels like a story that should have been played out earlier in the franchise. This is something that should have had more time to grow. These characters also should have had more time to deal with the way in which it ends. The final moments of the film feel somewhat weak and borrowed and could have worked better with the promise of a continuation. But that is unlikely at this point.

Now that Disney owns Fox, the X-Men and related franchises previously held by Fox will be moving to the Marvel Cinematic Universe, meaning the series we’ve spent 19 years with has now concluded. It’s sad to see such an influential film series end in such a lackluster way, but honestly, Fox hasn’t known what to do with the franchise for a few years. It’ll be sad to have to wait for more X-Men films, but hopefully the ones we get in five to ten years will make up for the messes left behind. 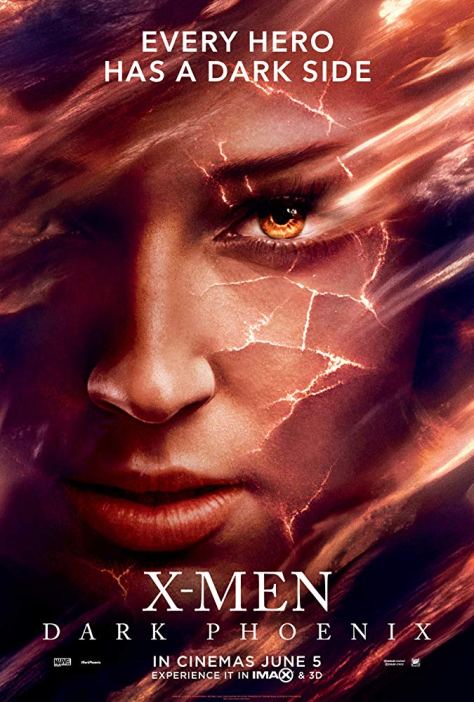