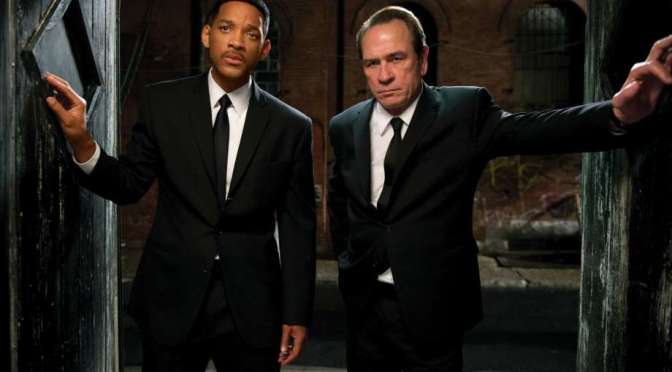 Before MIB: International hits theaters we’re looking back at the previous films in the franchise. Today we dive into MIB 2.

Men In Black 2 is essentially a copy of the first film but with different details. It hits almost every single one of the same beats as the first film, and in doing so, creates a satisfying experience but nothing more. The first film was like catching lightning in a bottle. Every element of the film came together perfectly to craft a story that just worked. The elements of Will Smith, Tommy Lee Jones, Danny Elfman, Rick Baker, Steven Spielberg, Barry Sonnenfield together in the one piece made for something truly special. But taking all of that and going around the same block with Johnny Knoxville isn’t enough.

The sequel sees Agent J as the man with experience and looking for a new partner when a threat forces him to pull Agent K out of retirement. And honestly, that’s the only major difference. The villain is better-looking because Lara Flynn Boyle is definitely more appealing than Vincent D’Onofrio with extra layers of skin. But otherwise both films hit these marks:

There are other details that help bind it all together, but it’s not enough to make it anything special for a second round. It’s fun, it’s funny, and the action scenes are good, but there’s nothing to elevate the film. There’s nothing that says “this is as good as the first film or better.” If anything, the film loses some of the spark from the first film because it’s just another spin around the old track. 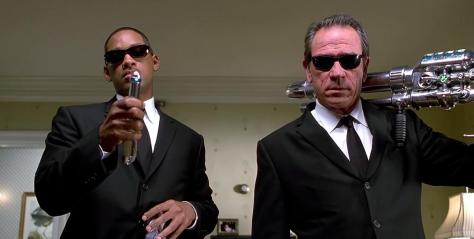 One element that the film doesn’t tackle well is the way in which it treats Agent J. It would have been easy for him to be slightly more serious and experienced, and the film begins with that idea. But it never once shows us that J is anything more than what he was in the first film aside from a few years passing by. He’s still making mistakes and still needing K’s help. He’s set up at the beginning of the film to be so much more this time around, but instead he’s still the same person making the same mistakes for no reason, which helps knock the film down even more.

All of that being said, it’s still a fun film. It’s a film I have always enjoyed watching and likely will continue to enjoy watching, but it’s disappointing to think that it could have been a lot better with just a few changes. On the bright side there’s one more MIB film after this, which does make a big jump.

Be sure to catch MIB International when it hits theaters this weekend. You can check out our review of the first MIB film at the link below.