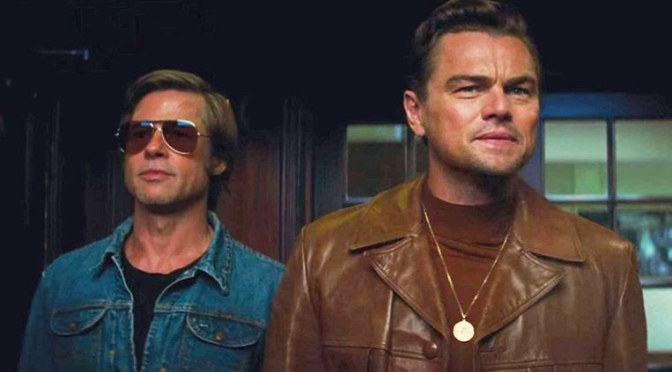 Check out our predictions for tonight’s Oscars!

Tonight the Academy of Motion Picture Arts and Sciences will celebrate the 92nd Annual Academy Awards. The awards are a game changer as they give award winners an opportunity for more roles and higher pay. It can definitively change the course for an actor or filmmaker. Which is why it’s incredibly disappointing to see so many white men listed in the nominees this year. The Academy has done a horrific job in recent years of disregarding the work of anyone who isn’t a straight white man. When the industry has in fact become far more diverse than it ever has been.

We haven’t covered the Oscars as much as usual this year, and that’s the major reason behind it. We’ve seen almost every film nominated. With the short films and two international titles being the only categories we haven’t watched. But the output this year is mediocre at best. There are some decent works here, but the work of many more women and people of color are far greater than the sum of work here. We’re disappointed in the Academy. And we hope there’s some sort of change moving forward. So for now here’s our predictions. And tomorrow we’ll tell you the winners. But moving forward we’re gonna do our best to focus more on the people and films the Academy needs to acknowledge. Because straight white men have had their time, and they need to move aside and let everyone else shine.

We’re gonna take a chance and say that Parasite wins here. It’s honestly the best film of the year and while it’s got an uphill battle against 1917, it’s too fantastic not to call it the Best Picture.

We’re gonna go with Joaquin Phoenix here. I’m not certain that any of the actors here really shine in a way where anything would be a guarantee. But Phoenix has been taking home every acting award. So he gets the edge here.

Renee Zellweger is taking this home. She does an incredible job as Judy Garland. It’s a role of a lifetime. It’s a role that shows how difficult life can be as a famous person. The Academy eats all that up.

Supporting Actor Nominees:
Tom Hanks, “A Beautiful Day in the Neighborhood”
Anthony Hopkins, “The Two Popes”
Al Pacino, “The Irishman”
Joe Pesci, “The Irishman”
Brad Pitt, “Once Upon a Time in Hollywood”

Pesci deserves this the most. But Brad Pitt is taking this home. Like Phoenix and Zellweger, he’s been taking every award this season and his role is almost more of a lead. The Academy has been terrible about supporting categories being less about supporting roles and more as a “second lead.” And Pitt is the second lead in Once Upon a Time.

Laura Dern is taking this home. This award season has been one note. And just like the other acting categories have been repeated, Dern will walk away with an Oscar tonight.

Sam Mendes is our choice here. The Academy has been splitting Director and Picture lately. And if we’re going with Parasite for Picture, I’ve gotta say Mendes takes this for 1917. But personally I’m happy to be wrong here and see Bong Joon Ho take this home.

Klaus deserves this and will likely get it. It’s in the same category Anastasia is as a Disney level animated film, that’s not Disney. It’s beautifully animated, with shots that define what animation is capable of. If it loses it would only be to Toy Story 4, due to neglecting it and picking “the Disney one,” or to Missing Link, because the Academy does appreciate stop motion.

This is one of the few categories we haven’t seen every film. But Hair Love deserves this and should win. Period.

Little Women will likely win here and if it doesn’t then Jojo Rabbit will. But this is the Academy’s way of saying sorry for not giving Gerwig the Directing nomination she deserved.

1917 and Roger Deakins probably take this one. The way in which he shot this film is amazing. And while amazing is a normal day for Roger Deakins, 1917 is beyond the usual “looks like one shot” film.

This is a category where we haven’t seen any of the films nominated. But St. Louis Superman has had the best word of mouth so we’re going with that.

This is a category where we haven’t seen any of the films nominated. But Brotherhood has had the best word of mouth so we’re going with that.

Parasite is undoubtedly taking this home. It got a Best Picture nom. There’s no way the Academy doesn’t give it this.

We’re gonna go with The Irishman here. It’s a very long film, that spans decades and features a lot of back and forth between three points in time. It’s hard to imagine it not winning.

1917 will likely take this home as well as most technical categories.

This one is really difficult because there’s a lot to take in here. Once Upon a Time recreated Hollywood from decades past. Parasite created what will be known as one of the most iconic film locations of all time. But 1917 will likely take this due to the vastness of its sets and the detail within.

There is no way Hildur Guðnadóttir doesn’t take this home for Joker.

“I’m Gonna Love Me Again” will take this home. Because Elton and Bernie deserve it.

Honestly this is incredibly difficult. Bombshell has an edge for the fact that Charlize Theron is unrecognizable as Megyn Kelly. But Joker will likely win this for the same reason Suicide Squad won a few years ago. They redefined the look of one of the most iconic characters ever created.

We’re going with Joker here as well, for the same reason as Makeup and Hair.

1917 will win this. Because the Academy HATES motion capture.

That covers the entire list of nominations and predictions, be sure to check back with us in the morning to see the full list of winners. The Oscars air tonight at 8pm ET on ABC.